The MTV EMA is the Europe Music Awards. This event occurred on the 12th November. There were so many interesting looks, some a little wackier than others but here are my top 4 favourite looks. 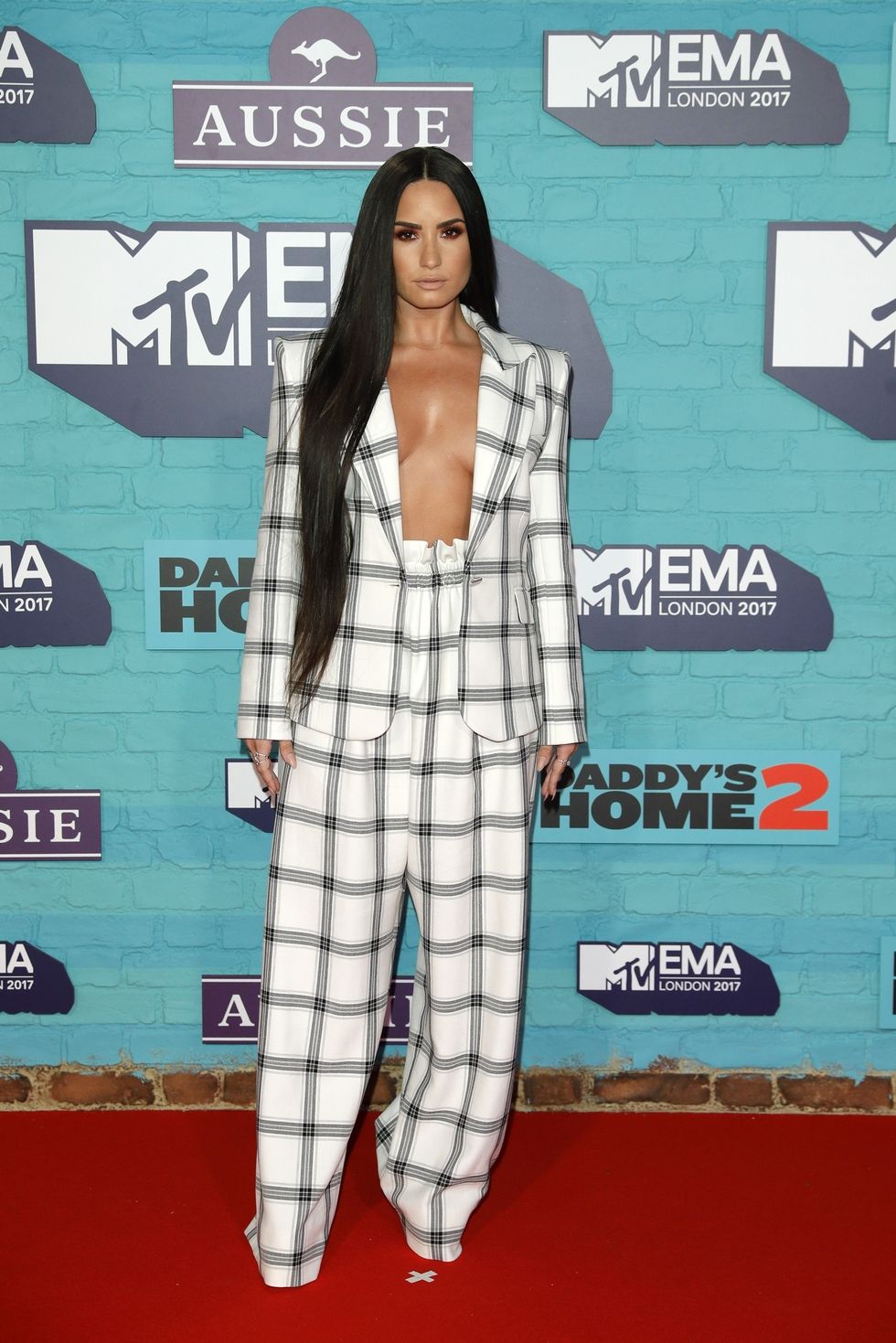 I love the two-piece suit. I would say it’s on the verge of casual and smart. The blazer is how you would expect it but the trousers are more relaxed. It looks like it has ruffles on the waistband. The whole look works together, the pattern and the styles.

I love this look from Ella because it’s chic which a sexy twist, from the red feathery shoes to the revealing cut of the blazer with the bra showing. The whole look is very sleek and feminine with the floral embellishments.

This is an elegant dress by Dior. From the straps to the cut of the bodice with the fitted waist. I love the cuts in the dress even though it’s all over the dress, it’s not as sheer as you would think it to be. She pairs this look with a choker and a cat eyeliner which is on trend with the teens. 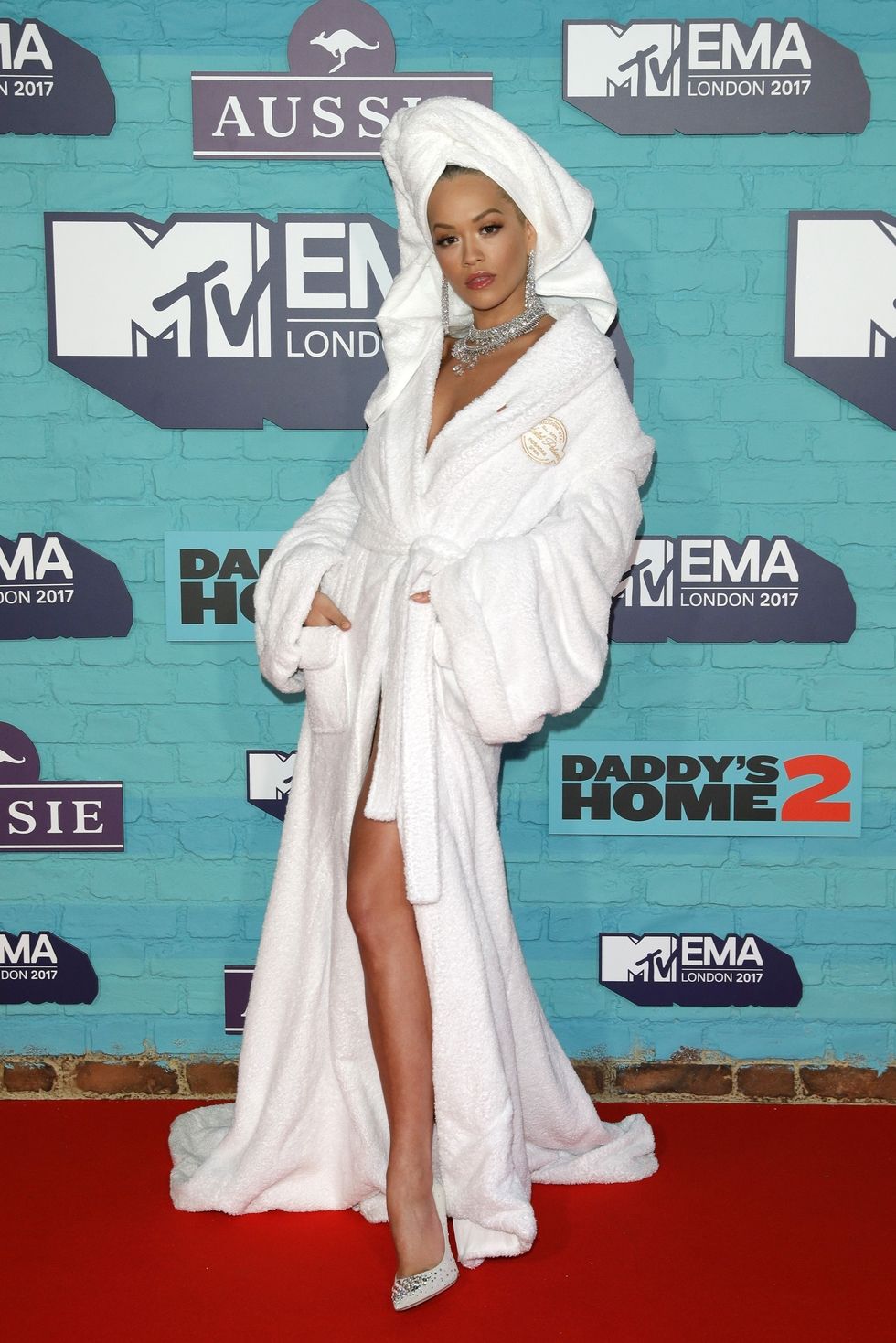 It may be strange to have this but it definitely works. Who would thought to come to the EMAs wearing a robe and a towel! But nevertheless, she looks very done up. The whole look is very clean and well styled which is why it works.

This site uses Akismet to reduce spam. Learn how your comment data is processed.